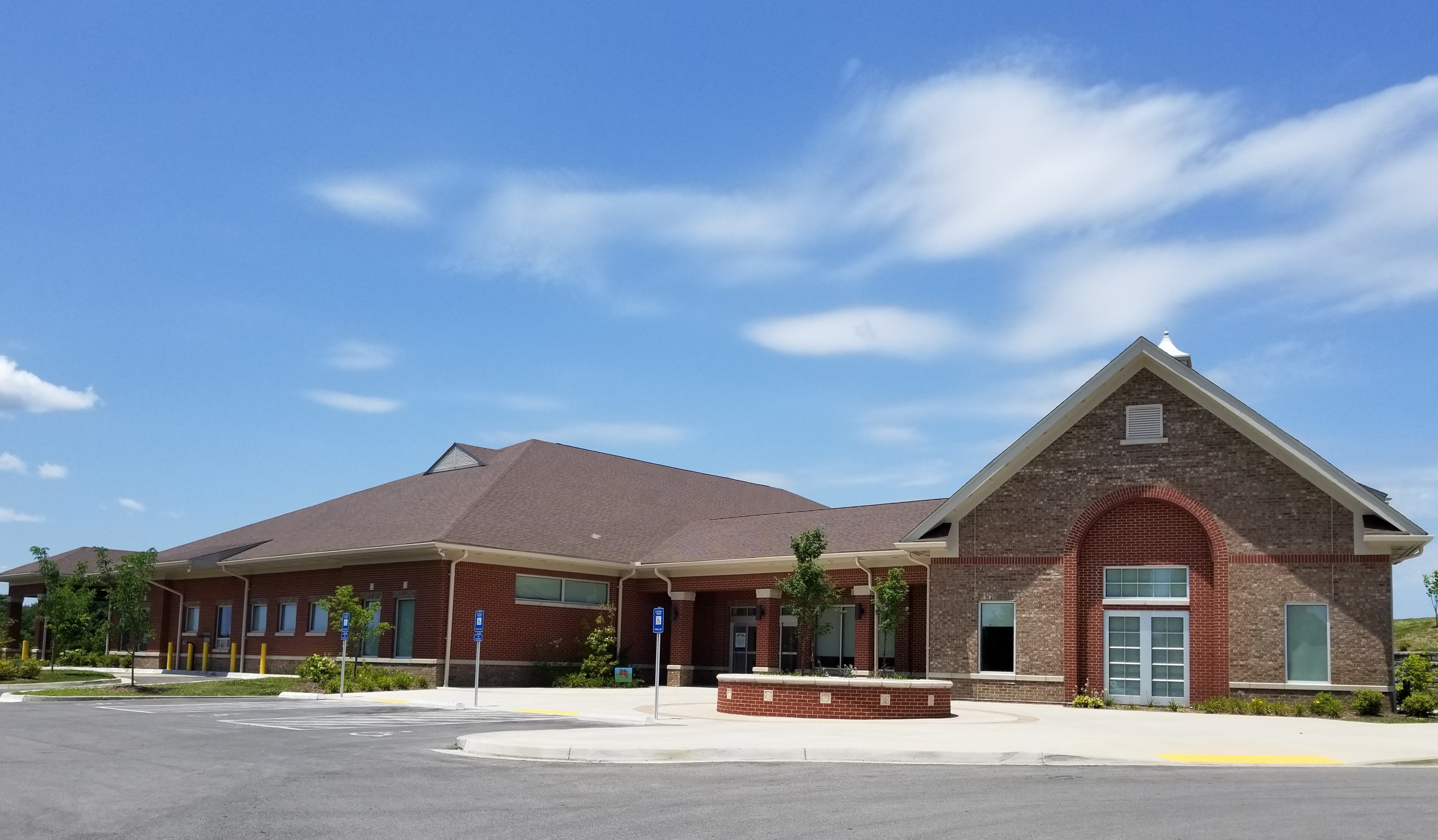 The Grayson County Public Library was first located in what was formerly the St. Joseph Elementary School on North Main Street, Leitchfield. It occupied the two classrooms on the main floor, the connecting hallway, the office over the stairs, as well as all the entrances and exits on the main floor. In August of 1976 the Grayson County Public Library Board signed a lease with the St. Joseph Catholic Church of Leitchfield, KY for the use of this space. The Library stayed in this location for four years.
The Grayson County Public Library located at 130 East Market Street opened its doors in May of 1980 with Anniesse Williams as Librarian from 1976-1987. Susan Ferguson(1987) and Bianca Gerbrandt (1988-1994) also served as Library Directors. Karen Gillespie retained her position as Library Director from 1994-2006. Lisa Jones began her position as Library Director in 2007 and retained this position until her passing in June of 2020.
A groundbreaking ceremony was held June 6, 2016 for the new Grayson County Public Library at 163 Carroll Gibson Blvd, Leitchfield. The new Library building opened its doors in May of 2017 and had a Grand Opening celebration on June 21, 2017.

Favorite Book: The Best of Me by Nicholas Sparks

Favorite Book: at the moment? Pride & Prejudice by Jane Austen

Favorite Book: Language In Thought and Action by S.I. Hayakawa

Favorite Book: at the moment? The War That Saved My Life by Kimberly Brubaker Bradley

Favorite Book: at the moment? Chomp by Carl Hiaasen